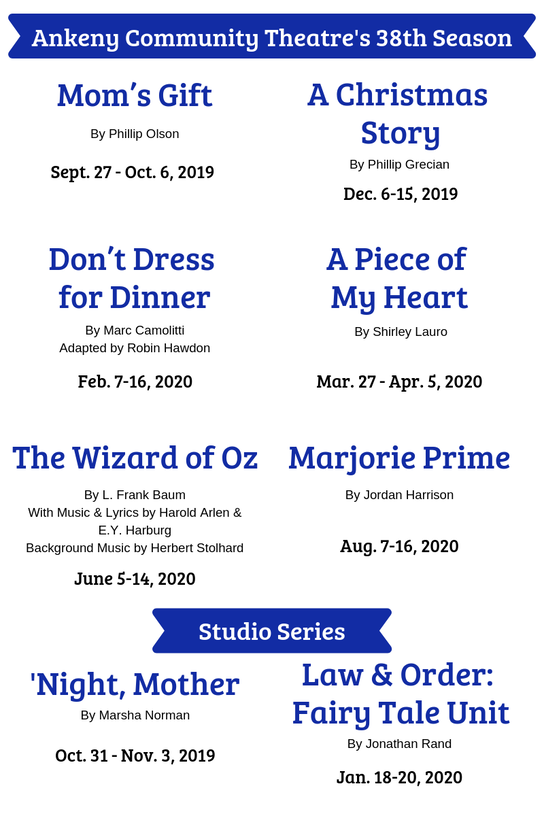 A Christmas Story: Based on the motion picture A Christmas Story, © 1983 Turner Entertainment Co., distributed by Warner Bros., written by Jean Shepherd, Leigh Brown and Bob Clark; and on the book In God We Trust, All Others Pay Cash by Jean Shepherd. Produced by special arrangement with THE DRAMATIC PUBLISHING COMPANY of Woodstock, IL.
​
The Wizard of Oz: Dance and vocals by Peter Howard. Orchestration by Larry Wilcox. Adapted by John Kane for the Royal Shakespeare Co. Based upon the Classic Motion Picture by Turner Entertainment Co. and distributed in all media by Warner Bros.
The WIZARD OF OZ is presented by arrangement with TAMS-WITMARK www.tamswitmark.com.